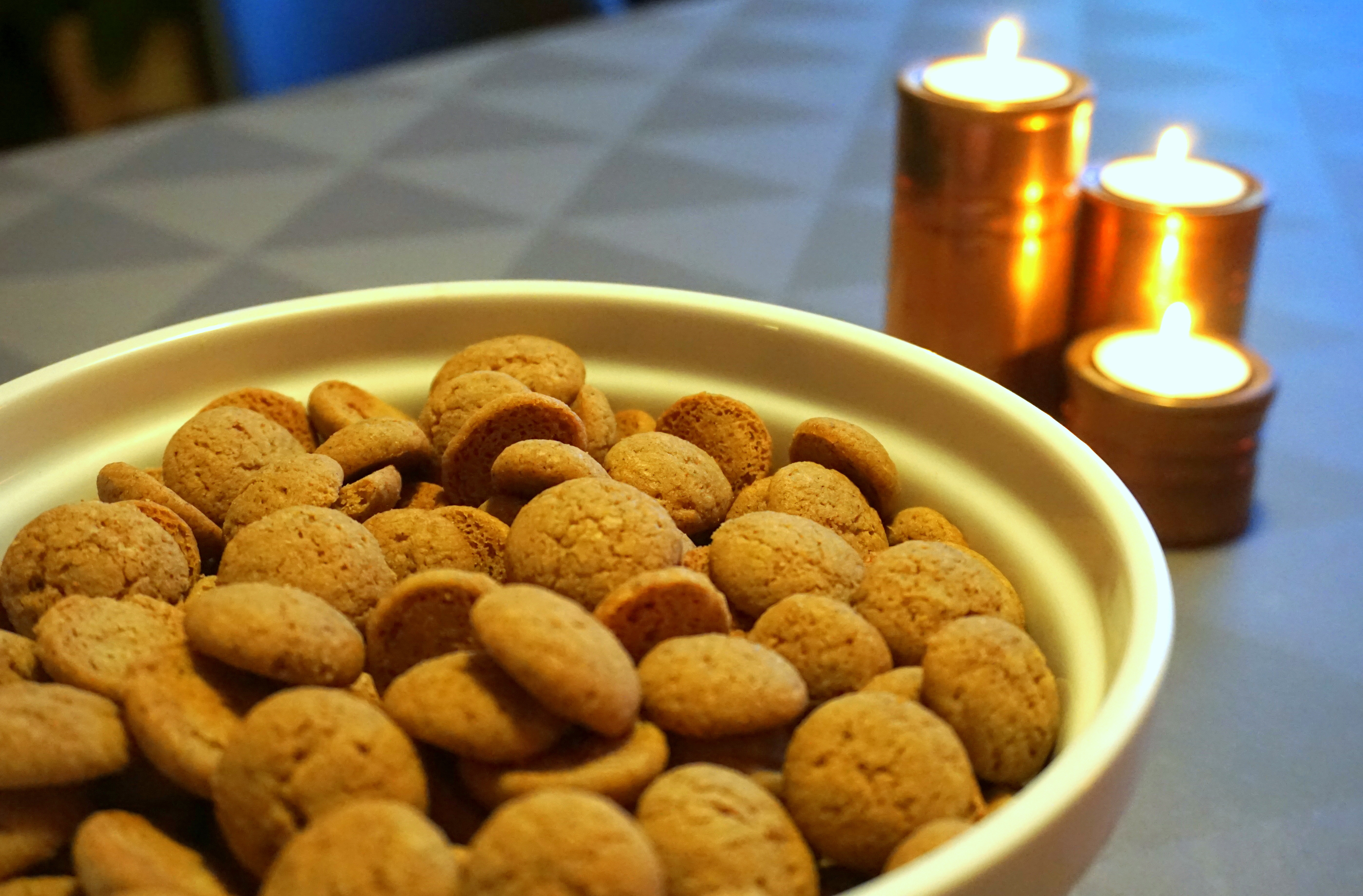 December has always been the baking-month for me . After discovering my wheat-allergy I have been looking for recipes for the Christmas cookies I bake every year. I have a recipe for the perfect “peppernuts” – a Danish kind of gingerbread cookie – from my uncle. They are just delicious.

This recipe is an attempt to make a glutenfree version with a mixture of different flours. They are not the same as the ones my uncle make, but the taste is christmassy and the cookie has a somewhat “lighter” in texture.

If you are looking for other Glutenfree Christmas Cookies/Biscuits, check out my other recipes – Vanilla Biscuits and Danish Brown Biscuits.

Mix flour and carbamate well.
Crumble the butter into the flour, but don’t knead it together right now.
Add the eggs, brown sugar, cream, spices and lemon zest.
Knead the dough well. If it is very sticky add some more rice flour.
Place the dough in the fridge for an hour to let it settle and harden a bit.

Bake the glutenfree gingerbread cookies for about 8-10 min. at 200 degrees celsius (390 degrees Fahrenheit) 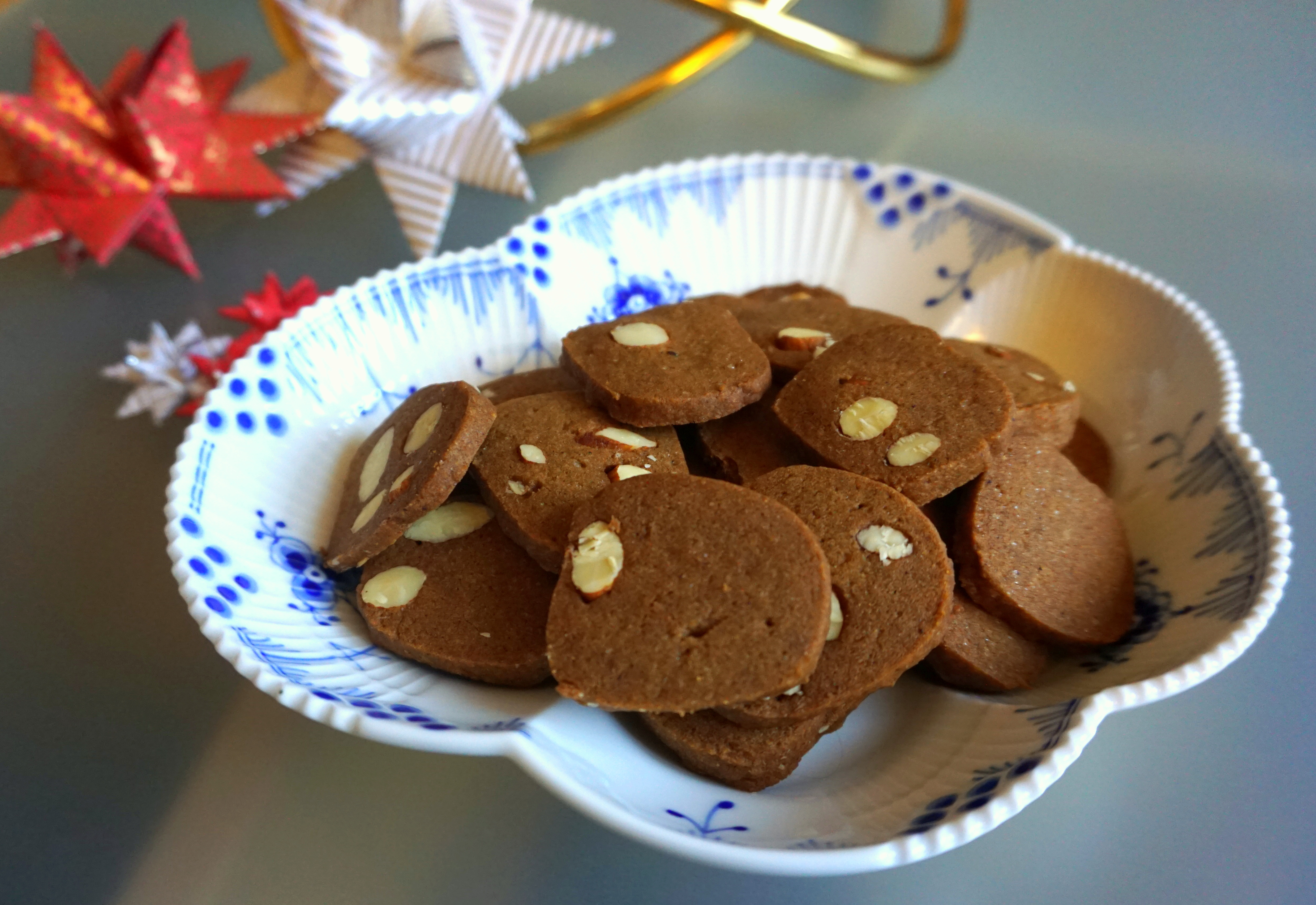 The Christmas-time doesn’t have to be dull just because you are gluten-intolerant or allergic to gluten or wheat. This recipe as well as the Glutenfree Vanilla Biscuits are so delicious and these Danish Christmas Brown Biscuits (brunkager) just smell and taste of Christmas and are quite easy to make.

The Browncakes, as we call them here in Denmark, are small brown biscuits with almonds and Christmas-spices. Because you don’t use any raising agents, they get quite hard. Originally these kinds of biscuits were called Peppercakes (peberkager), because they had pepper in them, but this recipe is without pepper.

Dissolve the potash in water. Slowly melt brown sugar, butter and syrup in a saucepan. Make sure it’s not boiling. Cool the mixture down before adding the potash-mixture to the butter-sugar-mixture.

Add the spices and almonds before you add the mixture of rice- and potato flour. Knead the dough quickly and roll it into to sausages wrapped in clingfilm. The sausages should be about 5 cm in diameter (about 2 inches).

Put the dough in the fridge and let it cool. The dough will be soft at the beginning, so you have to make sure it keeps it’s shape. Take it out of the fridge a couple of times during the cooling-time to make sure the shape is still intact.

When the dough is completely cooled-down, cut it into thin slices and place them on a baking tray. You can place them close together. Bake them in the oven for about 8-12 minutes by 180 degrees Celsius (about 360 degrees Fahrenheit). Let them cool on the baking tray afterwards before you put them into a cookie jar.